Middle America may be better known as our country’s breadbasket, but the rural communities of the Heartland truly thrive on the strength of manufacturing.

Take the Lakes of Northwest Iowa, for example.

Here, the manufacturing industry as a whole is our region’s number one employer. In Buena Vista County, manufacturing makes up for a whopping 28.8% of jobs. The industry accounts for 22.1% of jobs in Dickinson County, 19.4% in Emmet County and 16.4% in Clay County.

Our communities rely on manufacturers. And we’re no different than many other rural regions in the United States.

Now, it’s true that manufacturing employment has decreased in some rural regions. But there are still plenty of high-quality jobs to find at manufacturers here in the Lakes of Northwest Iowa area.

This is true in many similar rural regions, where employment in this industry is far more relied upon than in urban areas. Many counties in Midwest and Great Plains states have fared better than others, too, as total manufacturing employment has declined throughout the country. This trend has hit Eastern states much harder than here locally.

The rural economy relies so much on its manufacturers because the industry provides a higher share of jobs and earnings in rural or non-metropolitan areas than it does in urban areas, according to the USDA.

Even though manufacturing has declined over the years, the sector was still responsible for 21% of rural and private nonfarm earnings in 2015. That same year, the industry accounted for 14 percent of the private nonfarm jobs in rural counties.

Compared to other industries, only mining has better median earnings than jobs at manufacturers. The USDA considers manufacturers as more valuable employers, though, because they represent a much larger share of total jobs than mining in rural areas.

Manufacturers want to operate in rural areas – and they need workers

Though their importance to the local economy is undisputed, manufacturing companies located in rural areas are facing a workforce shortage not unlike that faced by other industries.

It’s a common issue no matter the location. If the area is rural, then there probably are more jobs available than there are people to fill them.

That means these companies can’t take on new work, which prevents them from growing and investing money back into the communities that rely on them for jobs and other community-related support.

As a response to this worker shortage, manufacturers are teaming up with local and state government, economic development organizations (like the Iowa Lakes Corridor Development Corporation) and other partners to help people move to rural areas and accept jobs at rural manufacturers.

Some firms are even using the lure of higher wages, student loan forgiveness, training opportunities and tax incentives.

Why you should Get A Lakes Life

So, here’s where we come in. We don’t just work with manufacturers, but they are one of the industries that keeps the Lakes of Northwest Iowa area prosperous and healthy.

Like manufacturers in other regions, though, ours need more workers. Many of them are hiring now.

Let us help you find a job

Are you ready to Get A Lakes Life?

In our area, we don’t only boast about the variety of jobs in manufacturing and other industries you can easily find here, but we’re also pretty big cheerleaders for everything else that makes this region great.

That includes the immense outdoor activities at one of our region’s many lakes, such as in the Okoboji area or Storm Lake. We also have retail and education hubs like few other rural areas.

If you’re interested, we encourage you to look a little further into relocating to the Lakes of Northwest Iowa. Reach out to us via email or by calling (712) 264-3474. We may be able to help you find a manufacturing job! 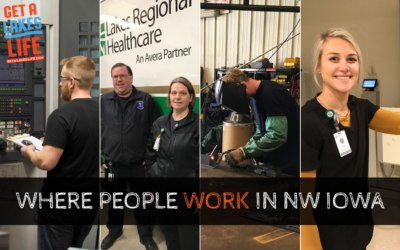 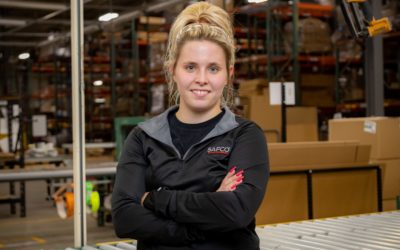